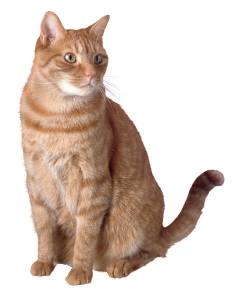 Those amazing Japanese. They are in danger of losing their right to stroke cats in cafes after 8 p.m. First of all, this sounds like a reference to a play by Eugene Ionesco, one of the Absurdist movement’s poster children. Who would ever have thought of abrogating such a right? Apparently, with such abbreviated living quarters, most people in that country can’t own pets, and one of their favorite ways to unwind after a hard day at the office is to go pet cats at a so-called “cat cafe.” Customers are permitted to enter a room full of felines as they sip their favorite beverage, and they pay extra for the privilege. And why not? For years, we have known the therapeutic value of animals, such as dogs and other furry friends who visit the elderly and the hospitalized, in order to boost their morale. They have been said to lower people’s anxiety and bring about measurable health improvements. Animals have a way of putting people in touch with their inner calm, of grounding them when they have been spending too much time in their own heads, stressed by everyday life. But animal rights activists in Japan have declared that the cats themselves are getting stressed out, and that the number of hours (and the time of day) when the animals can be petted by cafe customers needs to be limited. Cat-petting clients are lamenting the loss of their favorite, peace-producing pastime. And who can blame them?

Now, to me, Japan doesn’t seem like the sort of place where people would deliberately abuse cats. It seems like an unusually law-abiding and respectful society, where people go out of their way to be polite, lawful, and considerate in their everyday dealings. We saw the incredible order and calm with which the Japanese citizens dealt with the tragic tsunami last year. Not a single instance of looting was observed or reported. That sort of thing just doesn’t happen in Japan. Neighbors helped one another, stranded dogs were mercifully rescued, and a feeling of compassion permeated the aftermath of the disaster. The amazing speed with which life is returning to “normal” derives from the diligence and cooperative spirit of that country’s citizenry (you can follow some of the recovery if you watch NHK television or other intermittent international broadcasts).

So I’m wondering: are cats in Japan’s cat cafes really being treated like overworked geisha girls, or do animal rights activists and law-makers have too much time on their hands?  What do you think?