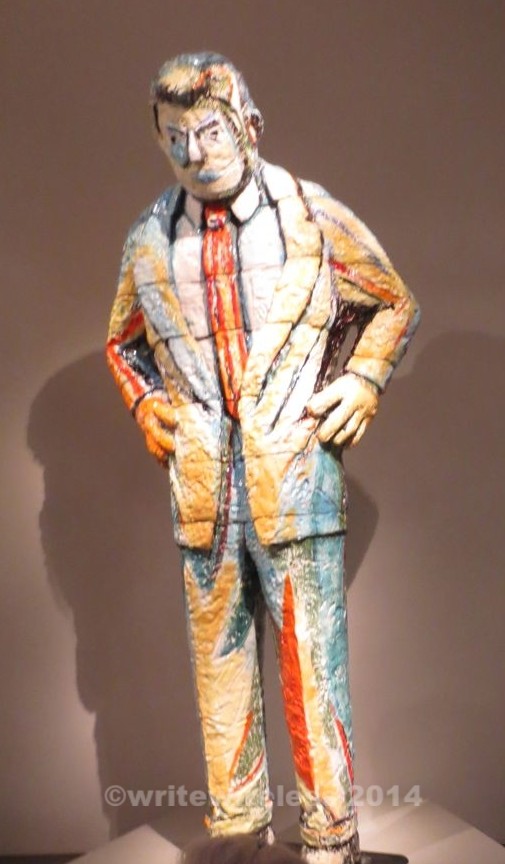 Why do we laugh at jokes?

The researchers have decided that what constitutes humor in a joke’s punch line is the perceived incongruity between what was expected and what is then stated, followed by a sudden jump in understanding (which I’ll call the “get-it” moment)—a paradox that provokes a mental somersault which re-sets understanding to a different, unexpected level. The physiological response is laughter.

Laughing at a joke implies acquiescence with the viewpoint behind it.

Why do we tell jokes?

Alright, we know what jokes are. We’ve all heard them, and we’ve all had a laugh. What I find interesting is the lingering meaning that suffuses a joke’s intent. Why do we like and repeat certain jokes, and what do they mean to us? Further, how do jokes function to define and reinforce our personal and group identity?

People use jokes as a way to state, through implication, their beliefs, group identity, and social standing or power. Through jokes, they can reach out and recognize others with similar sentiments.

Conversely, jokes are also a way to get a picture of someone else’s beliefs or viewpoint. Jokes are a short-cut to get at how people really think, feel, or identify themselves. Judging the response to a joke (the “get-it” moment), the teller can get a good idea of the beliefs and social standing of the listener.

Unfortunately, jokes can also be used to bully people: to belittle, demean, or ridicule the recipient (or a third party), in order to assert a dominant social standing. Nasty jokes, whether they are racist, sexist, or just insulting, really do leave a lasting impression of anger and frustration with the person or group that they target.

My hypothesis is that jokes are one of a number of markers of social identity, and placement within the hierarchy of a group. If you tell a joke to another person, and he or she “gets it” and laughs, then he or she recognizes your viewpoint, and by extension, your social standing. Laughing at a joke implies acquiescence with the viewpoint behind it. It means that the listener shares your views on the joke’s subject.

Depending on her/his relationship to the joke’s teller, the listener, by laughing, either a) identifies membership in the same social group and/or equal social status; or b) shows cognizance of the inequity in viewpoint, social standing, and/or power between her/himself and the joke teller. In the latter case, laughter and can signal subservience; or it can signal superiority (when the joke teller is the butt of his own joke). All of these permutations of tacit understanding are signaled by the same common denominator: laughter.

The “get-it” moment is a moment of vulnerability in which the “getter” reveals him- or herself.

But laughter can also be uncomfortable. Someone can laugh at a joke, fully aware that the joke is on him, in which case, laughter may be an admission that there is no way to win this verbal attack.

If the listener “gets” the joke but doesn’t like what it expresses, she has a choice: she can choose to be silent (after the initial “get-it” moment, which may entail involuntary laughter). Silence may imply disagreement with, or offense at, the sentiments expressed in the joke. Alternately, the listener may choose to laugh along, in order to be a “good sport.” This is done, however, at the expense of her own conscience or self-respect.

There is, of course, the possibility that the hearer did not get the joke, in which case, “the joke is on her.” Many times, a listener may feign understanding and laughter in order to hide their inability to comprehend the joke. Therefore, the natural reaction is to laugh, if for no other reason than to save face.

The “get-it” moment is a moment of vulnerability in which the “getter” exposes his/her attitude toward the joke’s implied viewpoint, and therefore, reveals him- or herself.
Sexist and racist jokes are particularly irksome because, should you find yourself (your racial identity, personal traits, social group, or gender) the butt of the joke, you are generally being tested. Are you going to be a good sport and laugh it off (showing subservience and reinforcing the joker’s bullying tactics), or are you going to make a stand, however small, that ridiculing another person based on their group or social status is unfair and stupid?

A friend of mine was put to such a test this past weekend. She was at an event with her husband. A middle-aged man told the couple a joke:

“My friend’s wife told her husband she wanted to go out to dinner. She said ‘I’d like to go somewhere ‘ve never been before.’ Her husband, without skipping a beat, said, ‘How about the kitchen?’”

“Ha ha,” was my friend’s husband’s response. My friend, however, was not impressed, taking the joke’s intent as a perpetuation of the idea that women exist to serve men. While inwardly she felt the sting of injustice, she decided to laugh along.

Then, with a mirthful smile, she said to the man who had told the joke, “That reminds me! Last night my friend called her husband from the grocery store to tell him, ‘I won the lottery! Five million dollars! Start packing!’ Her husband said, ‘That’s great! What should I pack?’ ‘Whatever you want,’ my friend said, ‘just be out of the house by the time I get there!’

I am a thinker, educator, and writer, who teaches English, French, design, and career skills. My articles and posts about being human, teaching, careers, parenting, travel, and world affairs have been published in various newsletters, websites, and blogs. I currently teach and inspire young people to write and to explore the world. View all posts by Writewireless

This site uses Akismet to reduce spam. Learn how your comment data is processed.