Check out this wonderful little animation, “Words Fail Me,” set to the words of Virginia Woolf–the only known surviving recording of the author/playwright’s voice. 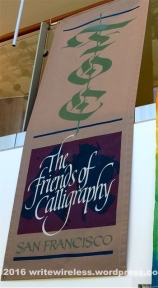 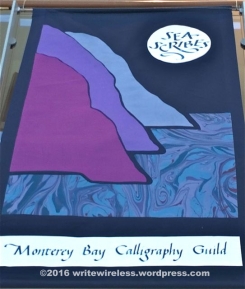 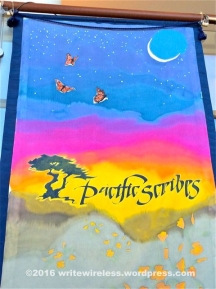 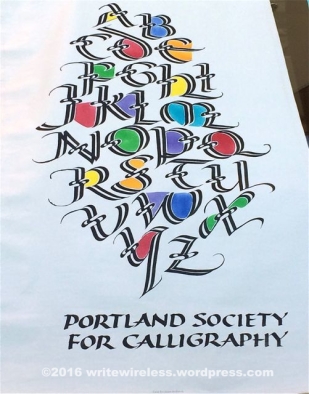 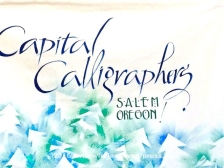 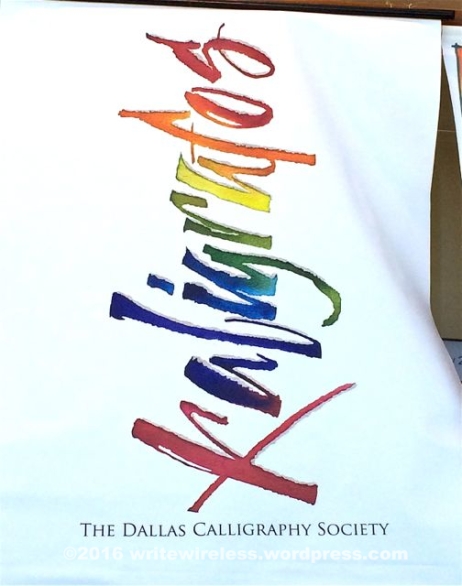 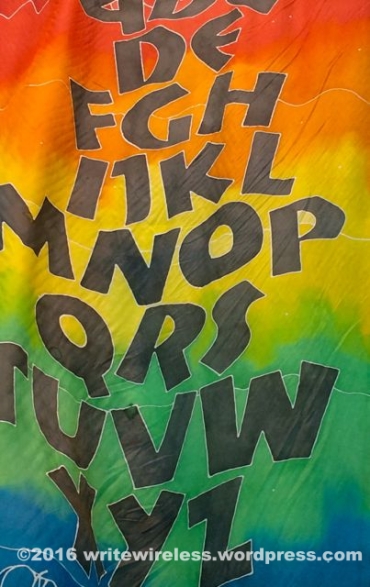 It was a hot late July weekend in Northern California—something of an aberration these days, and likely due to this El Niño year. I am an on-again, off-again, “born-again” Calligrapher, formerly very active with the Friends of Calligraphy, and wanting to rekindle my friendships and skills with this fantastic Bay Area group, founded in 1975 by a handful of very creative and passionate letterers. So many immensely talented artists from around the country and around the world contribute their time and their craft to this organization. I myself joined in sometime back in the ’80s and quickly gained a whole group of genuinely nice and inspiring friends. 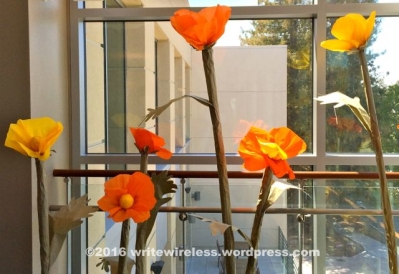 Having been deeply involved in my post-secondary and high school teaching for so many years, and distracted by raising 3 kids with my charming, devoted husband, I had gotten away from the creative camaraderie that characterizes this group, and I wanted back in. So I volunteered to help with the production of the 34th Annual International Calligraphy Conference. Entitled “The Passionate Pen,” it happened to be taking place at Sonoma State University, just over an hour north of San Francisco. My good friend Marcia Friedman was co-organizing the event. She had plenty for me to do. My task was to spend two mornings at San Francisco International Airport, directing conference-goers to the shuttle buses that would take them up to the redwoods of Rohnert Park, and on the second day, to meet 3 world-class calligrapher-teachers and personally drive them to the conference. On the way, I picked up a fourth, Alan Blackman, at his home in San Francisco, and we had a merry time winding up Highway 101 to the resort-like campus.

I attended only one day of the 5-day extravaganza, selecting a workshop in hand embossing by Loredana Zega of Slovenia. Loredana is a wonderfully talented lettering artist and performer, whose enthusiasm for her art is matched only by the fun she exudes while teaching, and the kindness she displays while helping workshop participants in their unique projects. Having never attempted embossing before, I learned quickly through her spirited demonstration, and came away with an original piece at the end of the day.

I had no pre-conceived project ideas, so the piece I ended up doing was very much on-the-spot. Since the piece would be constructed around lettering, I wanted to keep the words simple and concentrate on the techniques of embossing, and finally adding color to create a finished piece. I thought for a few minutes about what to write, and decided on the word “sun”—short, happy, and uplifting. So I wrote out the word using two pencils taped together to create a broad italic hand.

The backwards stencil (center) before applying to the back of the paper. 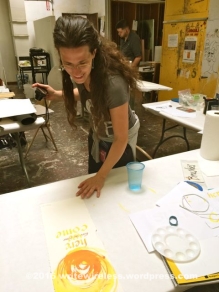 Loredana checks on my progress.

The next part was fun, consisting of transferring a pencil tracing of the word to the back of a piece of heavy board, next cutting out the letters with a X-acto knife, and then placing the stencil in reverse over the fancy Arches Wove paper that would be the final piece. (I had to be careful to position the negative spaces of the letters—in this case, the inside top part of the s—exactly where they belonged. For this purpose I retained the original lettering as a placement guide.) The next step was taping the reversed stencil onto the back of the paper for the final piece, and then putting cushioning material underneath, into which the embossed lines could be pushed. Then, using a ball embosser, I traced around the insides of the lettering stencil, onto the paper. I embossed the word “sun” at the top of the page.

Close up of different levels of embossing

Next, we were instructed to come up with a concept for a finished piece, including painting, lettering, and color applied to the surface of the paper, which would later be embossed over. This is where I applied the stylized sun design over the already embossed “sun” at the top, and then wrote out the rest of the wording in a mix of watercolor and white gouache, onto the unembossed part of the paper.

Loredana showed us how to emboss with medium pressure, going over the inside edges of the stencil several times to create a more pronounced line. She pointed out that less pressure and fewer tracings around the stencil created a softer, more subtle embossment, while firmer and more repeated tracings made for a more strident line. She encouraged us to experiment, varying the pressure and number of tracings.

If you look closely at the bottom of my piece, you can see that I have used the same embossing template three times, overlapping the letters vertically. The topmost of these is embossed the most softly, and the bottom is the crispest and sharpest. The middle word has a medium amount of pressure applied to it and a medium number of tracings with the embossing tool.

I don’t consider my work a masterpiece, but I was very happy with the result after only one day, especially as I had not done any lettering in years. I now know how to hand emboss, and I love how simple it is.

This was an amazingly fun and creative event; the combined energy of all the artists was tangible and inspiring. I’ll have to find time to pull away from my other obligations to attend another conference in the future. 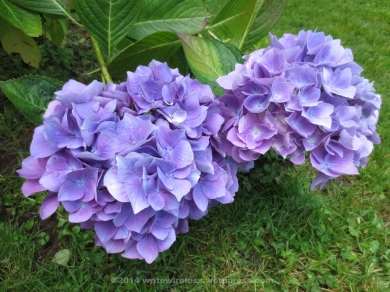 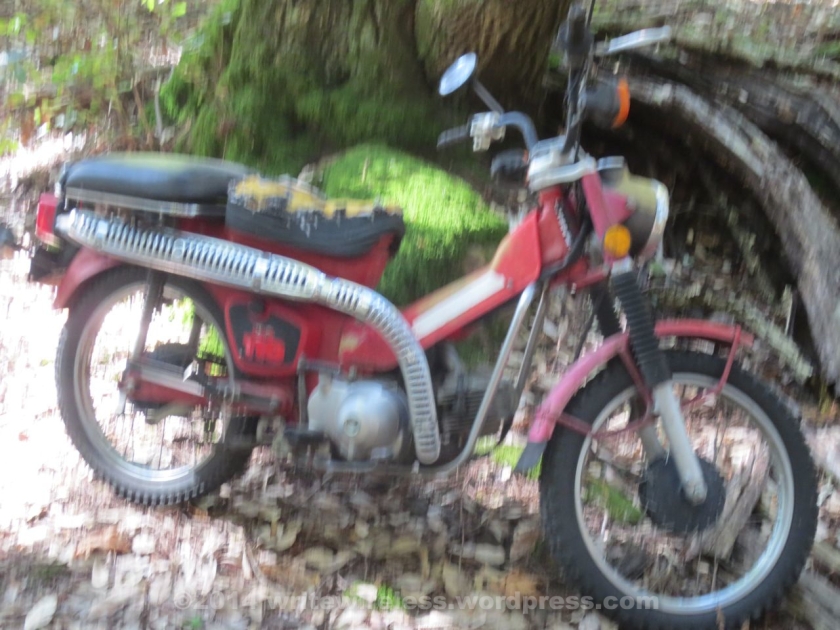 Lots of beautiful crafts & artwork were exhibited at the Kings Mountain Art Fair in Wooside, CA over the Labor Day weekend. Click here to read a post I wrote with lots more amazing pictures. 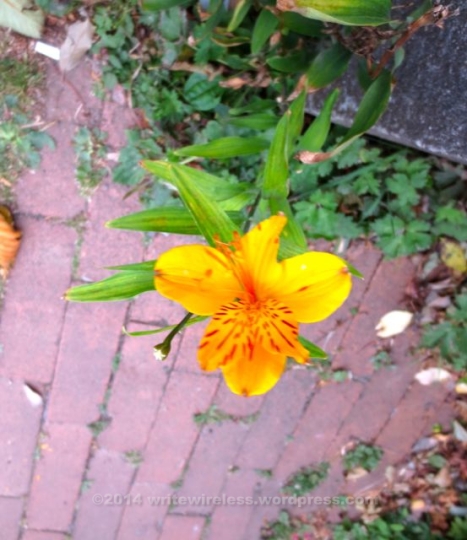 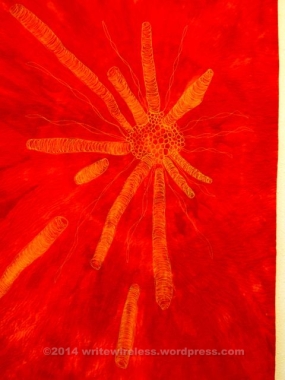 OK, all you Oregon Coast fans: I promised I would follow up my August 9th post, Newport Harbor: Whales, Crabs and Good Seafood with a post about the Newport’s Nye Beach district.

A trendy and culture-forward enclave on the Oregon Coast, Nye Beach retains a human scale while offering the best in food, art, music, and nature. I’ve just published a post about it on HubPages. Please click on this link to read Nye Beach, Oregon: Newport’s Culture Coast. I look forward to hearing your responses on HubPages as well as here on this post.

You can also read my travel post on Oregon’s Coos Bay on HubPages.

Don’t worry, I’m not giving up on WordPress. I love it here and will continue to blog on WriteWireless. You can now also follow me on http://annecreed.hubpages.com

Enjoy, and thanks for your loyal readership and support!

“Whales have been here forever. Their flesh has fed the people and been the occasion for celebration and feasting. Their bones have been made into tools and objects of status and ceremonial importance. The sighting of a whale still thrills all who see it.
May it always be so!”

“We made them endangered. Now we must discover their needs and change our behavior to assure their survival.” 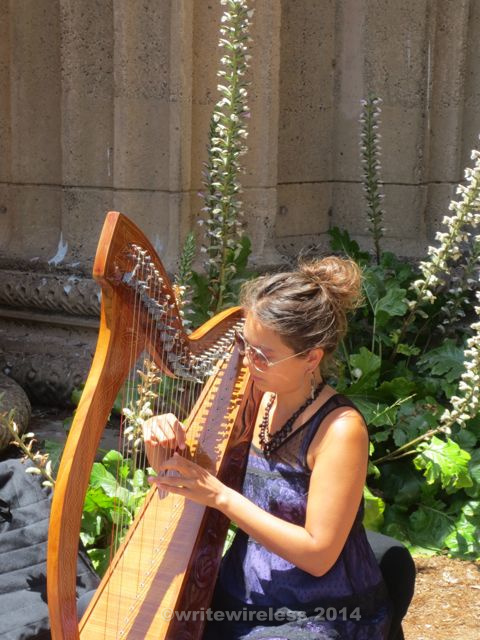 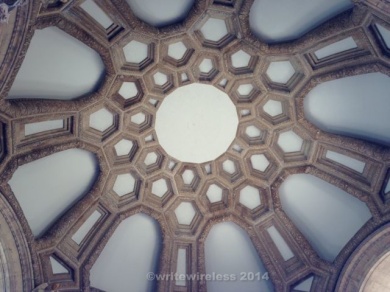 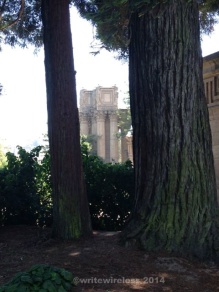 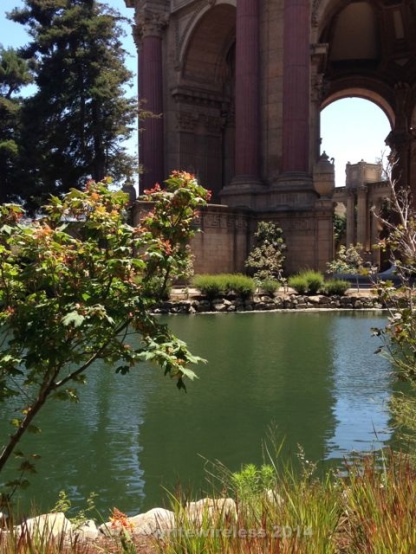